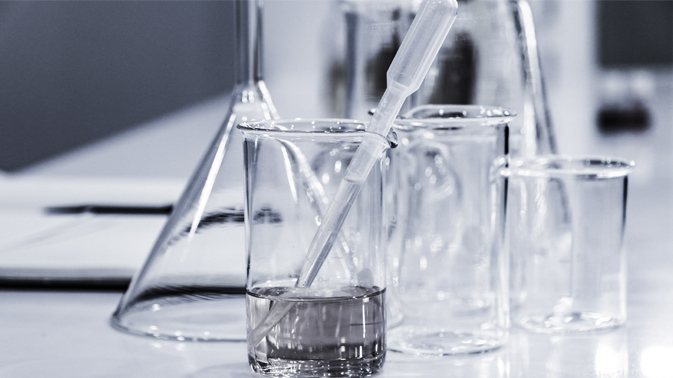 Have an elemental birthday - the periodic table turns 150

This year, the periodic table turns 150 with birthday celebrations taking place all over the world.

2019 has been declared the International Year of The Periodic Table of Chemical Elements (IYPT2019). It is a landmark year for Miele too as the company celebrates its 120th birthday.

Although scientists had already discovered 47 chemical elements by 1809, the periodic table wasn’t created until 1869 when Russian chemist Dimitri Mendeleev decided to arrange them according to atomic mass. When Mendeleev drew up the table, he realised that not all chemical elements had yet been discovered so left spaces open for them to be added later.

When the periodic table was first developed, it contained 63 chemical elements but advances in science and new discoveries mean it now includes 118. Over the last 150 years, it has become an icon of modern science and an essential tool for chemists everywhere.

The first set of additions came in 1886 after Antoine Bequerel discovered radioactivity, leading to further research on radiation. When Marie and Pierre Curie started working with uranium and thorium, they discovered two new elements – radium and polonium.

Then in 1894, the noble gases were discovered by Sir William Ramsay and Lord and added to the table as group 0. Just three years later, J. J. Thomson, an English physicist, discovered electrons – the small negatively charged particles in an atom.

During this era of exciting scientific discovery, Miele & Cie was created in Germany in July 1899, initially as a factory making cream separators. The fledgling firm had just 11 members of staff and was based in an old saw and corn mill in Herzebrock, near Gütersloh.

Like the periodic table, Miele has expanded and adapted to changing times. In 1963, Miele brought its first dishwasher to market and in 1967, it started manufacturing industrial washers to be used in hospitals and laboratories.

At the moment, the periodic table contains 118 confirmed chemical elements but it is likely that it will change again in the future as progress continues to be made by the scientific community. The first 94 elements in the table occur naturally but elements 95 to 118 have only been produced synthetically in a laboratory environment or a nuclear reactor.

What is happening to celebrate 150 years of the Periodic Table?

Events are taking place all over the world to mark this milestone birthday. Here are just some of the events taking place:

A street performance, using colour-coded juggling balls and the general public, which will explore the relationship we has humans have with the earth’s naturally-occurring elements.

The world-famous observatory and visitor attraction will be putting on a show for all the family, celebrating the Periodic Table and explaining how life started on earth. It’s Elemental is a fun interactive performance and aims to answer questions like how magnets work and why some object float and others don’t.

Students and staff at Curro school in Capetown will be decorating T-shirts to represent each element of the Periodic Table and then recreating it in human form for a group photo to mark IYPT2019.

Members of the American Chemical Society will be making an attempt to get into the Guinness Book of World Records by creating the world’s largest periodic table. Each element will be 216 inches by 162 inches, resulting in a finished table that will be almost the same size as an American football field.

A new online game called ResourCity is being launched in the Dutch city of Oss to mark IYPT. In a similar style to Pokemon Go, players will wander the streets collecting elements and then learn about how they combine to make molecules.

Similar articles Discover the basics of laboratory glassware reprocessingChange up your regular wash cycle for a more effective cleanProfessional and hygienic cleaning for PPE and breathing equipmentTake good Pro Care of your glasswareIdentify and reduce day-to-day stress in the labNew large chamber laboratory washers boast eco-friendly technologyHow a Miele laboratory washer can help protect your staff wellbeingDon’t let glassware contamination compromise your researchEasyLoad - Make daily tasks simpler with Miele’s new EasyLoad accessoriesAvoiding Glass BreakagesMiele: International Day of Women & Girls in Science blogThe New Generation of Little GiantsHow Miele products can help overcome laboratory work backlogsRe-starting your Lab/Glass washerWorld Water DayMiele Has Worked with DWK For Over a Decade to Provide a Complete PackageFive Things You May Not Know About MieleInvest in peace of mind: How a service plan can benefit your labCome and Clean with Usif Design AwardsAre your theatre shoes harbouring hidden pathogens?Unusual UsesTime for Change5 Reasons to Upgrade your GlasswasherFive features that make Miele laboratory glasswashers so energy efficientFour ways DWK products help towards a more sustainable labWomen in ScienceBritish Science WeekMake a Resolution to Save EnergyNational Clean Air Day